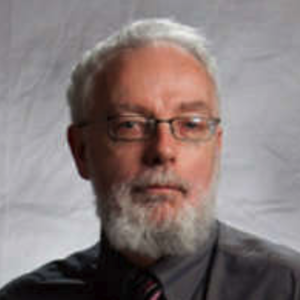 Cyril O’Regan is the Huisking Professor of Theology at the University of Notre Dame. He specializes in systematic and historical theology, with specific interests in the intersection of continental philosophy and theology, religion and literature, mystical theology, and postmodern thought.

Professor O’Regan’s most recent book is Anatomy of Misremembering: Von Balthasar’s Response to Philosophical Modernity. Volume 1: Hegel. Earlier books include The Heterodox Hegel, Gnostic Return in Modernity, and Gnostic Apocalypse: Jacob Boehme's Haunted Narrative. He has published numerous articles on such topics as the nature of tradition, negative theology, the sources of Hegel’s thought and Hegel as a theological source.

He is presently completing the second volume of Anatomy of Misremembering, which treats von Balthasar’s relation to Heidegger. On completion of this volume, he will return to his project on Gnosticism and, in particular, to books he has been writing on German Idealism and German and English Romanticism.

Professor O'Regan was invited to deliver the inaugural lecture at Notre Dame's Newman Centre for Faith and Reason in November 2017.

As a Keough-Naughton fellow, Professor O’Regan organized a roundtable on the work of John Banville during the novelist's visit to campus in November 2018. He introduced the poet John Deane to the campus community before his reading at the Snite Museum of Art in November 2019. Future plans are to explore two themes: Sacrament and sign in the work of James Joyce, and metaphysical deliberations in the poetry of Thomas Kinsella.