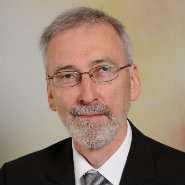 Professor Ó Giolláin's interests include popular religion in Ireland as well as folklore and popular culture in the history of ideas and of institutions. He is the author of Locating Irish Folklore: Tradition, Modernity, Identity (2000), winner of the Katherine Briggs Folklore Prize 2000, and runner-up for the Radcliffe Prize 2001, and An Dúchas agus an Domhan (2005), as well as more than forty articles and papers. He teaches Irish Folklore with an emphasis on narrative folklore.

Professor Ó Giolláin was executive director of Notre Dame's IRISH Seminar in 2015 in Buenos Aires, Argentina, which explored the theme "Peripheral Modernities? Ireland, Argentina, Latin America," and, with Christopher Fox and Declan Kiberd, in 2014, of the IRISH Seminar "The Vernacular Imagination," held in Dublin.