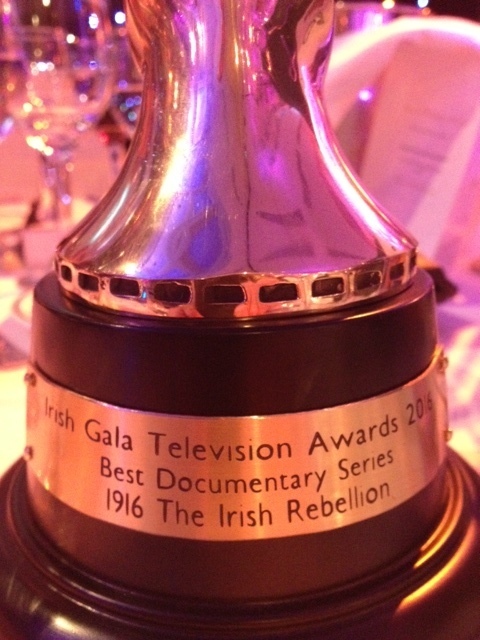 Narrated by Liam Neeson, the three-part series tells the dramatic story of the events that took place in Dublin during Easter Week 1916, when a small group of Irish rebels took on the might of the British Empire. The documentary – featuring a combination of rarely seen archival footage, new segments filmed on location worldwide, and interviews with leading international experts – also uncovers the untold story of the central role Irish Americans played in the lead-up to the rebellion. Although defeated militarily, the men and women of the Easter Rising would wring a moral victory from the jaws of defeat and inspire freedom struggles throughout the world – from Ireland to India.

The documentary and events associated with it are an initiative of the Keough-Naughton Institute for Irish Studies at the University of Notre Dame. The Institute's director, Christopher Fox, is executive producer. Bríona Nic Dhiarmada, the Thomas J. and Kathleen M. O'Donnell Professor of Irish Studies and Concurrent Professor of Film, Television, and Theatre at the University of Notre Dame, is the originator, writer, producer, and executive producer of the documentary.

Information on the creative and academic teams associated with 1916 The Irish Rebellion is available here.

Broadcast of the three-part series occurred in Ireland (RTÉ), the United Kingdom (BBC), France (TF1 Histoire), the United States (PBS affiliates), and many other countries, as well as in the air through Aer Lingus.

Also distributed in an 86-minute feature-film version, the documentary has met with spectacular success—with screenings and broadcasts worldwide to viewers in more than 60 countries on five continents. Many of the screenings are associated with the Reframing 1916 initiative, while others have been sponsored by Irish embassies and the Irish Government, which has made the documentary a centerpiece of its commemoration of the Rising.

The Keough-Naughton Institute for Irish Studies — an integral part of Notre Dame's new Keough School of Global Affairs — is dedicated to the study of Irish culture in all of its manifestations, in Ireland and around the world, and is a leader in exploring the "worlding" of Irish studies.

Flim clip of the award