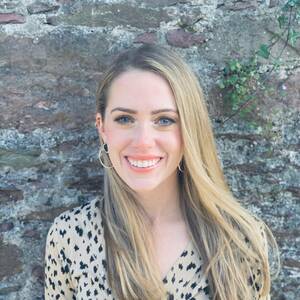 Dr. Colleen Taylor specializes in eighteenth-century Irish literature, culture, and the new materialisms.
Her research examines the development of Irish literature by focusing on the agency of
objects both in and outside the text. At Notre Dame, she will pursue a book project that explores
how new materialist theory can expand the discipline of Irish studies by forging new methods
for recognizing colonial resistance and colonial thinking.

Her current research analyzes how objects—namely, coins, flax, spinning wheels, and
mud—contributed to the feminization of Irish national character and the emergence of a deep-
thinking, psychological subject in Irish fiction between 1740 and 1830. In addition to
providing a model of novelistic subjectivity unique to Irish literature, her project foregrounds
a less anthropocentric understanding of Irish colonial culture in the long eighteenth century.

Dr. Taylor earned her PhD in English from Boston College in 2020, where she was the
recipient of the Dalsimer Irish Studies Fellowship and the Morrissey College of Arts and
Sciences Dissertation Fellowship. Dr. Taylor also holds an M.Phil in Irish Writing from
Trinity College Dublin and a BA from Fordham University, where she was Valedictorian
of her graduating class in 2012. The recipient of a Government of Ireland Fellowship at
UCC and the Queens University Belfast Irish Studies Exchange Fellowship, Dr. Taylor
has researched internationally in Ireland and the U.S. As a PhD student, she also received
the International Association for the Study of Irish Literatures’ Margaret MacCurtain
Scholarship and initiated an annual Irish Studies conference called “Comhfhios”
(“knowledge together”) hosted by Boston College.

At University College Cork and Boston College, Dr. Taylor has been an instructor of
classes ranging from eighteenth and nineteenth century Irish literature to satire and first-
year writing. In 2018, she won the American Conference for Eighteenth-Century Studies
Innovative Course Design Competition for her English elective, “Queens, Cathleens, and
Wild Irish Girls: Women in Irish Literature before 1900.” At Boston College, she was a
recipient of the Donald J. White Teaching Excellence Award in 2017.

Beyond her interests in eighteenth-century literature, Dr. Taylor has served as the Irish
music columnist for the Irish Echo newspaper in New York and worked with the Justice
for Magdalenes Research campaign in Ireland.