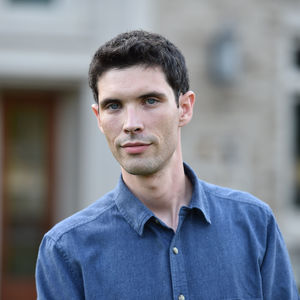 José Brownrigg-Gleeson Martínez is a historian educated at the University of Salamanca in Spain, where he wrote his doctoral thesis on how the Irish—both in Ireland and in the United States—interpreted the Latin American revolutions for independence during the 1810s and early 1820s.

His chief research interest is to explore the role which the Hispanic world played in shaping Irish attitudes towards colonialism, empire, and modernity during the first half of the nineteenth century. Indeed, many of the challenges faced by Latin America at the time (such as the definition of citizenship, the separation of church and state or the acceptance of republicanism) would also become key issues in Ireland. His research to date has concentrated above all on understanding the political and intellectual dimensions of Irish support for the dissolution of the Spanish monarchy and the establishment of new states in the Americas. Thanks to the adoption of a decidedly transnational approach, he has highlighted the multiple and often divergent readings of the crisis of the Hispanic Atlantic which developed simultaneously in post-Union Ireland and amongst United Irish exiles in the United States.

During his time at Notre Dame, Dr. Brownrigg-Gleeson extended the chronological scope of his work to examine how Irish American images of the new Latin American republics evolved in the decades leading up to the Mexican-American War (1846-48). Drawing on his previous research into the contacts between South American patriots and United Irish exiles in New York, Philadelphia and Baltimore, he worked to reconstruct the networks of Irish American book publishers, newspaper editors and translators who created and/or circulated images of the Spanish-speaking New World amongst Irish communities in the Atlantic.

Dr. Brownrigg-Gleeson has contributed to several books with chapters exploring Irish migration, mobility, and multilingualism in Spanish America in the late colonial period, together with others dealing with Hispano-Irish relations in the 19th century. He has carried out research stays at the University of Warwick (UK) and the University of Cape Town (South Africa), and was a Visiting Scholar at Columbia University in New York in 2011-12. His research has received the generous support of various institutions, such as the Spanish Ministry of Science and Innovation, and Harvard University’s International Seminar on the History of the Atlantic World.

In addition to the University of Salamanca, where he has taught modules on Latin American history and served on the organizing committee of several conferences, he has worked as a research assistant at the National University of Ireland Galway (2014-15) and as an associate lecturer at the University of Winchester (2016/17).

In December 2018, he was a featured speaker as well as moderator at a conference jointly sponsored by the Keough-Naughton Institute, the Government of Ireland, and several Latin American Irish Studies associations: "Ireland and Latin America: Globalizing Irish Studies - The Idea of a Nation and Narratives of Independence."

Since October 2019, Dr. Brownrigg-Gleeson has been an IRC-Government of Ireland Postdoctoral Fellow at the Moore Institute, NUI Galway, where he researches, writes, and teaches. He currently conducts a seminar course on ‘The Age of Revolutions in the Hispanic Atlantic’ —developed specifically for the BA in History and, to his knowledge, the first module on Latin American independence to be taught at an Irish university. He has several chapters forthcoming, on topics ranging from 18th-century formulations of Spanish colonialism in Ireland to the connected experiences of Italian and Irish soldiers in the New World during the long 19th century. His most recent publications include ‘La regeneración de América: el exilio irlandés en los Estados Unidos ante los procesos de independencia en la América hispana (1815–20)’, in De imperios a naciones en el mundo ibérico, eds. Alberto Baena and Izaskun Álvarez (Madrid: Doce Calles, 2019), pp. 253–79; and ‘The strictest in Europe: how Spain dealt with the lockdown’, an article published on RTÉ Brainstorm on 5 May 2020.