“Scholars come to Notre Dame in the dead of winter from Dublin, Oxford, Sydney, Boston, and a myriad of points in between to explore one of the world’s most comprehensive archives of Irish resources,” says Christopher Fox, Professor of English and Director of the Keough-Naughton Institute for Irish Studies. “This is a reality that speaks both to the richness of our Irish Studies collection and the expertise of the librarian who cultivates it.” 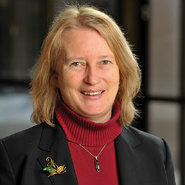 A native Irish speaker, Clements grew up in Dublin and became interested in librarianship as a profession while an undergraduate studying the Irish language and Irish folklore at University College Dublin. She recalls the great thrill of library and archival research in the Irish Folklore Department when she researched dancing masters of the 18th and 19th centuries. On another occasion, a lecturer mentioned that there were stacks of Irish manuscripts in American libraries waiting to be cataloged.

“I was inspired by the idea that there was a tremendous amount of Irish emigrant material yet to be discovered—and organized,” she says.

After completing her undergraduate degree and library qualification at UCD, Clements worked in Dublin’s public libraries, and then—to follow her interest in the importance of libraries to developing countries— joined Ireland’s Agency for Personal Service Overseas (APSO), where she was assigned to be the librarian for the Management Development Institute in Gambia, West Africa. Following marriage to her American husband, Paul Clements, she moved to Princeton, New Jersey, where she was a reference librarian in the Plainsboro Public Library. Clements says she had the good fortune there to work with a wonderful library director, Jinny Baeckler, who reinforced her passion for helping people with their research. After a spell back in Dublin at the RTÉ Library, Clements moved with her family to Kalamazoo, Michigan, and worked at Western Michigan University’s (WMU) Waldo Library and also the Kalamazoo and Portage public libraries. She earned a master’s degree in English, with a concentration on contemporary Irish poets, from WMU, during which time she taught classes in the English department.

At that time, the Hesburgh Libraries already had one of the most extensive Irish Studies collections in America—and Clements has worked diligently the past twelve years to expand its breadth, depth, and scope. For her exemplary work, she was awarded the Hesburgh Libraries Rev. Paul J. Foik, C.S.C. Award in 2013.

“The Irish Studies collections at the Hesburgh Library, ably overseen by Aedin Clements, are the essential foundation for the comprehensive program in Irish Studies offered by Notre Dame,” says leading Irish historian Tom Bartlett. “These collections are peerless both in their quality and breadth, covering as they do Irish literature, history, language, music and folklore, with hugely impressive and often unique holdings in all of these. And, as with all great collections, there are the unexpected ‘finds’: in my case, a series of letters from Irish-born soldiers serving in the Union Army during the Civil War.”

“More than anything else, I have been impressed with Aedin’s commitment to and passion for Irish Studies,” adds Patrick Griffin, the Madden-Hennebry Professor of History and Chair. “Her work in managing the collection, and in ensuring it dovetails with our scholarly strengths, has been exemplary.”

Indeed, Notre Dame’s Irish Studies collection covers all aspects of Irish language and literature, from the earliest printed books in Irish to contemporary works—and with significant collections of manuscripts, periodical literature, print ephemera, and media and digital resources.  [Read more about the collection and its resources.] 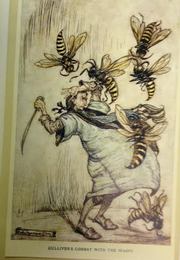 “Aedín has done a phenomenal job of developing Notre Dame’s Irish Studies collection in multiple languages and across multiple platforms,” Fox says. “For example, Notre Dame surpassed Harvard’s 20th-century Irish language collection in 2009. And, the Libraries’ holdings are central to a flagship program of the Keough-Naughton Institute—its National Endowment for the Humanities Keough Fellowship, with past fellows frequently attesting to the centrality of the Irish Studies collection to their research and publications by the world’s top presses. The library collection was also a key reason why Notre Dame was selected as a national research center by the American Society for Eighteenth-Century Studies. [Other centers include Harvard, Yale, the Folger Shakespeare Library, the Huntington Library, and the Newberry Library.] Moreover, Aedin has expanded the collection and our knowledge in important ways by following some of her own passions—for example, children’s literature. She recently collaborated in editing an issue of the digital journal Breac dedicated to that theme.”

Fox and Clements, who work closely together, agree wholeheartedly on the importance of visiting the collection.

“We have treasures here that are not visible online,” says Clements.

As vital as her work is in building the collection, Clements says that her role in communicating its holdings to scholars worldwide and to the Notre Dame community is every bit as important. 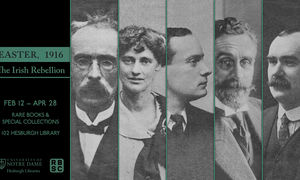 One way she does that is by researching and mounting specialty exhibits. Her first was “Exiles and Emigrants: Writings of the Irish Diaspora” (2008), followed by “Tír na nÓg: Literature for Young People from the Hesburgh Libraries’ Irish Collections” (2013), and “Easter, 1916: The Irish Rebellion” (2016).

A second way is partnering with Irish Studies professors to highlight aspects of the collection. Thus, Clements developed a children’s literature website for use with the children’s literature course taught by Declan Kiberd, the Donald and Marilyn Keough Professor of Irish Studies, Professor of English and Irish Language and Literature, and worked with Professor Sarah McKibben to teach students to find and evaluate books and articles on Early Modern Ireland.

A third important communication tool is the online Irish Studies Bibliography she is developing in partnership with the Breac team and recent English/Irish Studies Ph.D. graduates John Dillon, Sonia Howell, and Nathaniel Myers in cooperation with the International Association for the Study of Irish Literatures (IASIL). Clements is also the U.S. representative for the annual IASIL Bibliography and so gathers every piece of literary criticism published annually in the U.S.

Finally, her leadership in organizing Irish Studies librarians and archivists into a subgroup in the American Conference for Irish Studies is a way to enhance communications about collections across the nation and the globe.

While firm in her belief in the importance of communicating about the richness of Notre Dame’s Irish Studies collections, Clements maintains that “the heart and soul of what I do is working with individual scholars—whether our own faculty, students, scholars, or interested individuals."

“Aedin has a gift for linking a scholar with just the right books at the perfect moment—this is something she does constantly not only for my students at Notre Dame but also for the wide and ever-growing community of scholars in Irish Studies across the globe," Kiberd says. "I would say that she has one of the greatest gifts for connection I have encountered in anyone in academic life. Whether she is alerting us to Gaelic bibles, eighteenth-century treatises, debates about the proper alphabet for the Irish language, collections of forgotten poets or old periodicals, she is alert, sensitive, full of intelligence. It is a pleasure and privilege to work with her, for she is humorous, rigorous and a wonderful blend of the practical and imaginative. I have often 'stolen' her from the Hesburgh Library and asked her to teach my students—all agree that she is a superb teacher, someone who has the gift of explanation without simplification, as well as an infectious enthusiasm for her subjects.”

For more information on:

Guide to Irish Music in the Hesburgh Library and Online